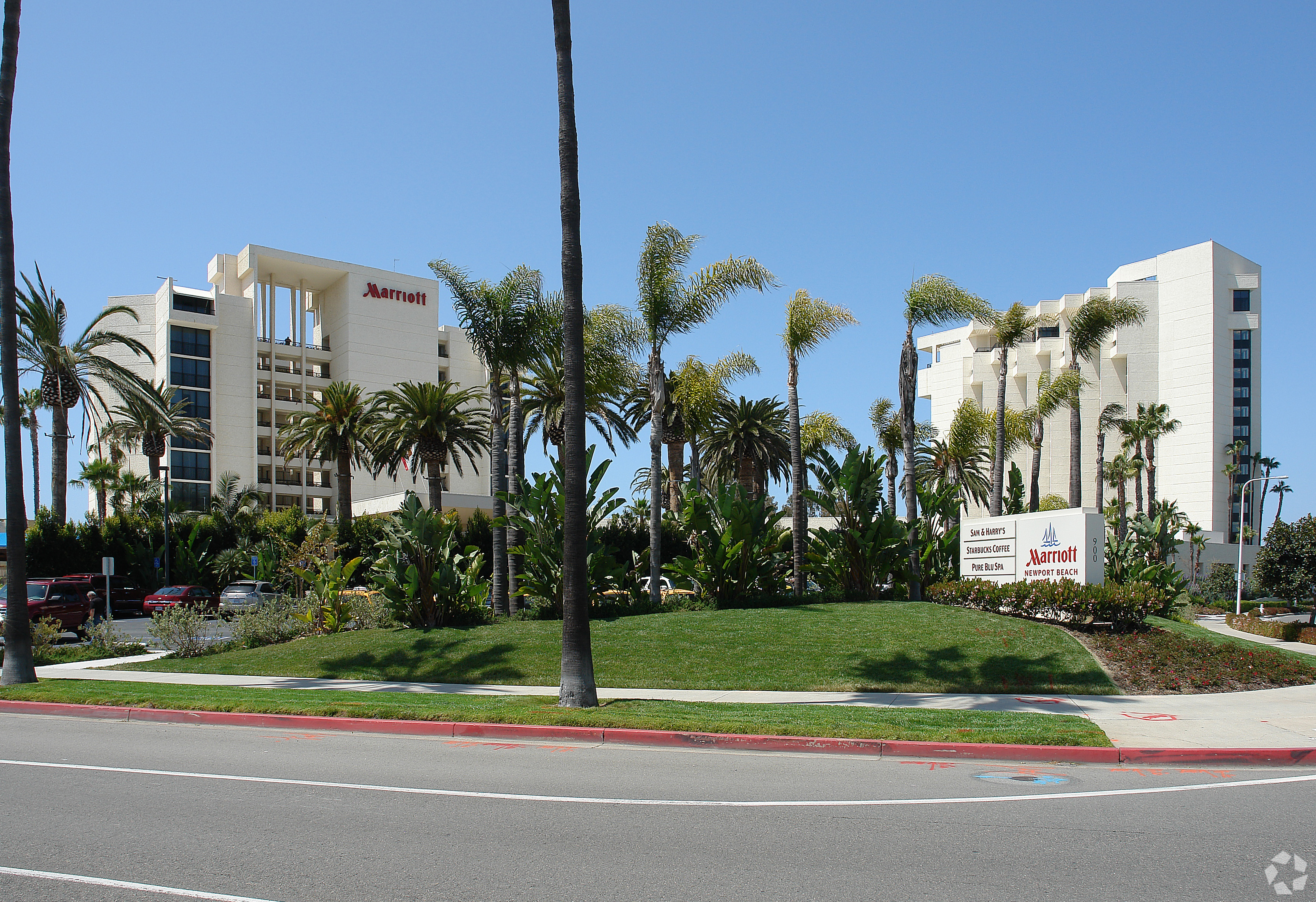 Host Hotels & Resorts sold its 532-room Newport Beach Marriott Hotel & Spa in California’s coastal Orange County for $216 million, the state’s biggest hotel deal by total price of 2020 that analysts say could have been higher if the pandemic wasn’t hammering the hospitality industry.

Host Hotels, among the nation’s largest hotel-focused real estate investment trusts, confirmed the off-market sale of the property at 900 Newport Center Drive in a statement on its quarterly financial results.

The company capitalized on “opportunistic sales at attractive prices that enhance our liquidity and reduce our near-term capital spending requirements,” CEO James Risoleo told investors in a statement, noting the sale took place after the end of the Bethesda, Maryland-based company’s third quarter ended Sept. 30.

Even at the high price, the deal reflects how the struggles of the hospitality industry in the pandemic have dramatically decreased hotel sales this year.

Only two hotels have sold for more than $100 million in the state this year, while about a dozen sold for above that price last year, according to CoStar records.

Atlas President Alan Reay noted that California’s biggest hotel deal of 2019 was the $477.3 million sale of the 400-room Monarch Beach Resort, which includes amenities such as a golf course and a spa, in nearby Dana Point in coastal Orange County. That purchase by Ohana Real Estate Investors amounted to nearly $1.2 million per room.

The recent Marriott deal in Newport Beach amounted to around $406,000 per room, which Reay said might have been significantly higher in a better overall hotel climate.

“There’s an argument to be made that this property could have sold for around $700,000 per room a year ago,” Reay said.

Reay told CoStar News that third-quarter California hotel data is still being compiled, but property sales transaction volume in the state was down 40% from a year ago. That decline would have been 57% were it not for the sale of several Motel 6 properties by Blackstone Group.

Atlas Hospitality Group, which was not involved in the sale, said the buyer of the Newport Beach Marriott was Eagle Four Partners.

Eagle Four is a private equity group focused on investments in real estate such as hospitality sites, golf courses and lifestyle-focused residences, according to its website. Its portfolio includes the Newport Beach Country Club and the 121-room boutique Ko`a Kea Hotel & Resort on Hawaii’s Kauai island.

Eagle Four, based in Newport Beach, did not immediately return a request from CoStar News for comment.

While conditions have improved slightly from the early days of the pandemic, as some travelers return to flying commercially, group and corporate business remain at historically low levels for most hotel operators in California and other states.

Reay said California is not yet seeing major sales activity generated by lenders taking over distressed properties, but “a lot of buyers are sitting on the sidelines waiting for these.”

“We expect to see a pickup in lender activity in mid-2021 and on,” Reay said.

National trends point to continued struggles for U.S. hotel operators and likely more ownership changes ahead, as real estate investment trusts and other large investors look to obtain high-quality properties in some markets at bargain prices, simply by paying off existing debt.

The latest figures from travel research firm STR, a CoStar Group company, show that U.S. hotels’ revenue per available room was down 49% from a year ago in October, which was actually an improvement from the steepest 80% decline in April.

Freitag said U.S. hotel room demand is expected to return to 2019 levels by 2023, but average daily room rates may not return to those levels until 2025 or later.

Atlas previously reported that the pandemic has severely suppressed hotel property sales in California, as both buyers and sellers try to figure out valuations and the hospitality industry struggles to recover from lost travel business.

The dollar volume of hotel sales in the state dropped by more than 80% year-over-year in the pandemic months of April to June, according to Atlas, which primarily tracks California hotel property trends. The quarterly decline is the sharpest seen in California since the Great Recession 10 years ago.

“With a large number of hotels closed down and occupancies and room rates at record lows, no one has ever experienced a market like this before,” reads an Atlas mid-year report.

Host said it also sold 29 acres of land adjacent to The Phoenician hotel outside of Phoenix for approximately $66 million.

With the sale of the land and the Newport Beach hotel combined, Host said it expects to record a gain of approximately $200 million in the fourth quarte